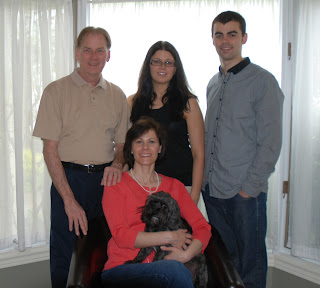 September 21, 2011
Dear Candidate
The Ontario provincial election is fast approaching!
Canada's national organization for responsible dog owners, The Dog Legislation Council of Canada has launched its "Ontario Votes" project to inform hundreds of thousands of dog owners across the province about the issues that matter to them.  Even though an estimated 44% of Ontario households own at least one dog, these issues do not appear in party platforms, are not discussed in the mainstream media and are not featured in candidate debates. We get daily inquiries about where politicians stand on what is important to dog owners.
We realize that, as a candidate, you are extremely busy so we have kept our questions short and to the point.  Your answers will be featured on our blog, Wag the Dog! on a riding-by-riding basis.  Should you decline to respond, that will be indicated as well.  We will not edit your answers unless there are typographical errors which need to be corrected.
Here are the survey questions:
1.  If the amended Dog Owners' Liability Act (2005) came up today for a free rather than a whipped vote as happened in 2005, would you vote in favour of banning breeds as an effective way to protect people from dog bites?  Please explain.
Unfortunately, certain breeds seem to have been the "dog of choice" for owners who wanted an "aggressive" animal. It is my view that the owner/dog relationship is a far bigger factor than the breed in terms of behaviour. If this issue were to come up today in a free vote scenario I would do what I think all MPPs should do on issues like this, consult my constituents. I would canvass and phone through, and solicit online feedback to see what my constituents wanted me to do.
2. Please tell our readers why you think the 'pit bull' ban enacted by the McGuinty government has or has not been successful in protecting the public from dog bites.
There are still "dog attack" stories in the news, so obviously the ban has had a relatively minimal impact on public safety.
3. Would you be willing, if elected,  to work to rescind the breed-specific regulations in Ontario's amended Dog Owners' Liability Act (2005) and replace them with an existing, easily implemented  Canadian system that has been effective in the control of negligent pet owners, that is supported by all responsible pet owners and that once established is fully funded by dog and cat owners rather than through general revenue taxation?  Please briefly explain your response.
I believe honesty is the best policy, so I want to be honest, this is not an issue that I consider to be a "top priority" for my constituents. I am certain there are people in my riding who want this ban rescinded, but my priorities are to help make life more affordable, starting to address the healthcare crisis, and getting people in my community back to work. When I have seniors cutting their pills in have to stretch their prescriptions out longer, over 4000 people on a wait list for affordable housing, 20,000 people without a family doctor, and 15,000 jobs having disappeared in the past 5 years, my priority must be addressing these big problems.
4.  Is there anything you'd like to add?
I'm a dog owner myself, and Sofie is a loved member of our family. Both my husband Bill, who is a City Councillor, and I have been supporters of initiatives like "off-leash" dog parks, to allow people and their dogs to enjoy exercise together and socialize with others in our community. I understand the attachment and love people have toward their cats and dogs because it is an attachment I share with Sofie.
More important to me than the breed ban issue, in terms of animal rights, is the large numbers of animals abandoned to shelters (something which is certainly in part a by-product of the poor economic realities people are struggling with), and euthanized every year in Ontario. Our animal companions deserve better than to be treated like disposable property instead of as fellow living creatures.
Good luck on October 6!
Dog Legislation Council of Canada
at 6:30 PM