Bandit's fate up in the air

The dog bit his former owners grandson, to the tune of 200 stitches and was turned over to Toronto Humane Society where he has remained since.  The city pound refused to take Bandit so police took him to THS. A battle erupted between Toronto Animal Services and Toronto Humane Society. Tim Trow was fighting for Bandit's life and TAS were trying to end it. Apparently TAS claims there was a mis-communication between police and TAS, otherwise they would have taken custody of the dog initially. 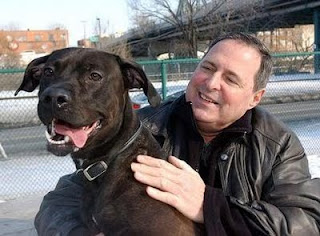