Protests against Ginger's destruction order went off without a hitch

Four protests were held this past weekend in Toronto, Ottawa, Montreal and Calgary.

A good crowd gathered at Queen's Park in Toronto to protest the cruel injustice being brought down against dog owner Phillip Huggins. Phillip's dog Ginger, a short haired cross bred dog, that was identified as a mythical "pitbull" by the city of Toronto was ordered killed even though Ginger was leashed and muzzled and was attacked by an off leash dog. No charges were laid against the owner of the off leash border collie/shepherd cross.

Phillip walked at the protest with empty collar and leash in hand. The Huggin's family is devastated over this cruel injustice. 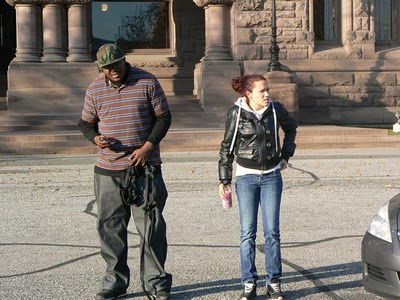 This video clip is from a year ago, however the story remains unchanged.