I am going to personally make a comment as someone who has been fighting in the front lines of this fight for the past 5+ years before I give you the details on the rally for Calleigh.

There are not hundreds of dogs that have been threatened by this barbaric, draconian law, BUT rather thousands of dogs that have been slaughtered, including puppies based on not behavior but how they look! The figure from the OVMA as of last spring was 4000 dogs killed in Ontario labeled as "pitbulls". That number continues to rise as I type this post.

Thousands of dog owners in this province have had their dogs ripped away and been intimidated into handing over their dog/s. Some are shipped out of province because the municipality doesn't have the "guts" to push the plunger on the blue juice therefore they send the dog out of province. If they are so g/d dangerous, then why would you send them to other provinces? Do you dislike other provinces that much?? It makes ZERO sense!

There are hundreds of cases currently in court all over the province. It is rare to see any media coverage of these cases. It is awesome to see the Brampton case and now Kingston getting some "real" coverage. Mississauga has and had a couple cases that were higher profile and several in Scarborough and Toronto but hundreds of owners suffer in silence. Nobody helps them or speaks for them. Many of them find us (DLCC) and we do everything we possibly can to help with information, education and pointing in the right direction for legal help etc. Many of these dog owners don't have the financial resources to hire a lawyer, therefore they are forced to abandon their dog.

Every dog owner in this province is at risk. Many still sit in a state of denial and complacency because they don't think their dog "looks" like a "pitbull" but under this draconian law, ANY dog can be identified as a "pitbull" because it has nothing to do with breed and everything to do with looks and who is making the identification. It becomes your word against theirs and with the reverse onus portion of the law, it becomes impossible for you to prove what your dog "isn't".

Dog owners in this province were thrown under the bus by Dalton McGuinty and Michael Bryant! They wanted a law in place that contained warrantless entry, reverse onus, warrantless search and seizure and restrictions on mobility. They wanted a way into your home when and if they feel like it with nothing you can do about it! All the authorities need to have is suspicion you may have a "pitbull" and that gives them warrantless entry into your home to have a look around. The McGuinty Liberals chose dog owners to throw under the bus because they knew everyone would be so mired down in the red herring of the notorious "pitbull" that few would notice while they used the law for other agendas. They knew there were so few of us that owned the purebreds (only 30 American Staffordshire Terriers in the whole province! Less than 1500 dogs total all 3 breeds combined). How much noise can they make? Not like banning labs or shepherds.. quite a few more of them being 2 of the most popular types of dogs.. would be quite a stink.

Segregation and discrimination. Now good and innocent dogs and owners are paying the ultimate price. Death and heartbreak.

Some municipalities picked up the ball and ran with it. Many have also refused to enforce the law and they come out publicly and say it as well. One of those municipalities is Ottawa, yes that is right. McGuinty's home riding! Others take it to the en'th degree like Sarnia, Brampton, Mississauga, Barrie, now Kingston to name a few.. Windsor, Kitchener both had bans previously to the inclusion in DOLA. Municipalities that would rather keep banning things that may cause them a problem rather than deal with the problem at hand and incorporate a system that is fair and workable and deals with people who cause a problem to public safety.

Please show your support and stand up for what is right. We must take a stand as Ontario citizens and make right what the McGuinty Liberals have made so very WRONG! Please attend a rally, write your MPP, write/fax/email city mayors and councilors that need a smack down. Turn up the heat to help restore common sense back to what was once the great province of Ontario!

Please consider attending a rally for Calleigh in Kingston this Saturday, February 27, 2010.


Note from Calleigh's owner, Jamie Brierley:
I was given one month to hand over my dog to be put down because she was born after 2005.Yes she is a mix breed and a very well mannered dog that is spayed and does not deserve to be put down. This dog has even entered dock dog contests and every dog park known and has more compliments then anyone could imagine so please help me help her!

You can find the facegroup page for Calleigh here!

We are rallying to oppose breed specific language in DOLA and to protest the persecution of responsible dog owners because their dogs are impacted by BSL. Join us to peacefully call attention to the plight of Brittany, Rambo, Calleigh and hundreds of other good dogs whose lives are threatened by Breed Specific Language. The owners of these good dogs have done no wrong, the dogs have had no complaints registered against them. They are victims of the political gamesmanship of Premier McGuinty, who thought to gain support by playing to the media and the hype surrounding this issue, instead of acting with wisdom, leadership and justice. IF WE GET CHASED AWAY FROM CITY HALL, WE WILL MEET UP AT THE CORNER OF BATH RD. AND SIR JOHN A. MACDONALD BLVD.


IMPORTANT INFORMATION ABOUT THE RALLY ON SATURDAY. This link shows the location of City Hall. We will assemble across the street, in Centennial Park on the waterfront. http://tinyurl.com/KingstonCityHall. From this downtown map I can tell you that there is a parking lot at the corner of Brock and Ontario, another indoor multilevel lot about two blocks up Brock just between Wellington and Bagot. There is another multilevel indoor lot on Brock, just above Montreal Street, two blocks from the second one I mentioned. There is no free parking in the downtown core. Parking is $1/ hour.

However, for those coming in on Sir John A Macdonald from the 401, the Kingston Centre has a large lot on the corner of Sir John A. and Bath, and there are buses that will take you downtown from there. The 1, the 4, and the 12 will take you within a couple of blocks of city hall via Johnson or Brock. Bus fare is exact change and is $2.25 for Adult fare, $2.00 for others. 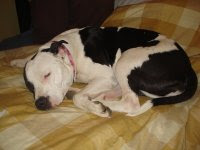